The traditional San Blas dance that is celebrated in Garbayuela is one of the oldest Extremaduran traditions that has been recorded. Its importance is inculcated to the youngest ones, who since early ages are trained as "dancers", contributing in this way to the maintenance of this cultural heritage of undeniable value.

The dance in question is performed by some 40 "dancers". They are used for it, as if they were two swords, two straight sticks of dry acebuche and with knots. From the hilt of them hangs a red cord with strawberry trees of various colors.

The warrior origin of this dance is reflected in its execution: Two rows, face to face, one meter away, like combatants ready to fight with the sword. The rhythm is marked by varied instruments such as the saxophone or the accordion, which replace the traditional flute and tambourine. The sticks collide with each other, rhythmically, with commendable precision. The feet follow different steps: Cruzaíllo, doble, agachaílla ... composing a route that, after picking up the authorities, will end at the village church, where the mass will be held in honor of San Blas, followed by a procession. The offering and auction of sweets is also maintained, being the winner or winner of the same who has the honor of returning the image of San Blas to the throne of the altar. Ends the dance around the embers of the bonfire the night before. 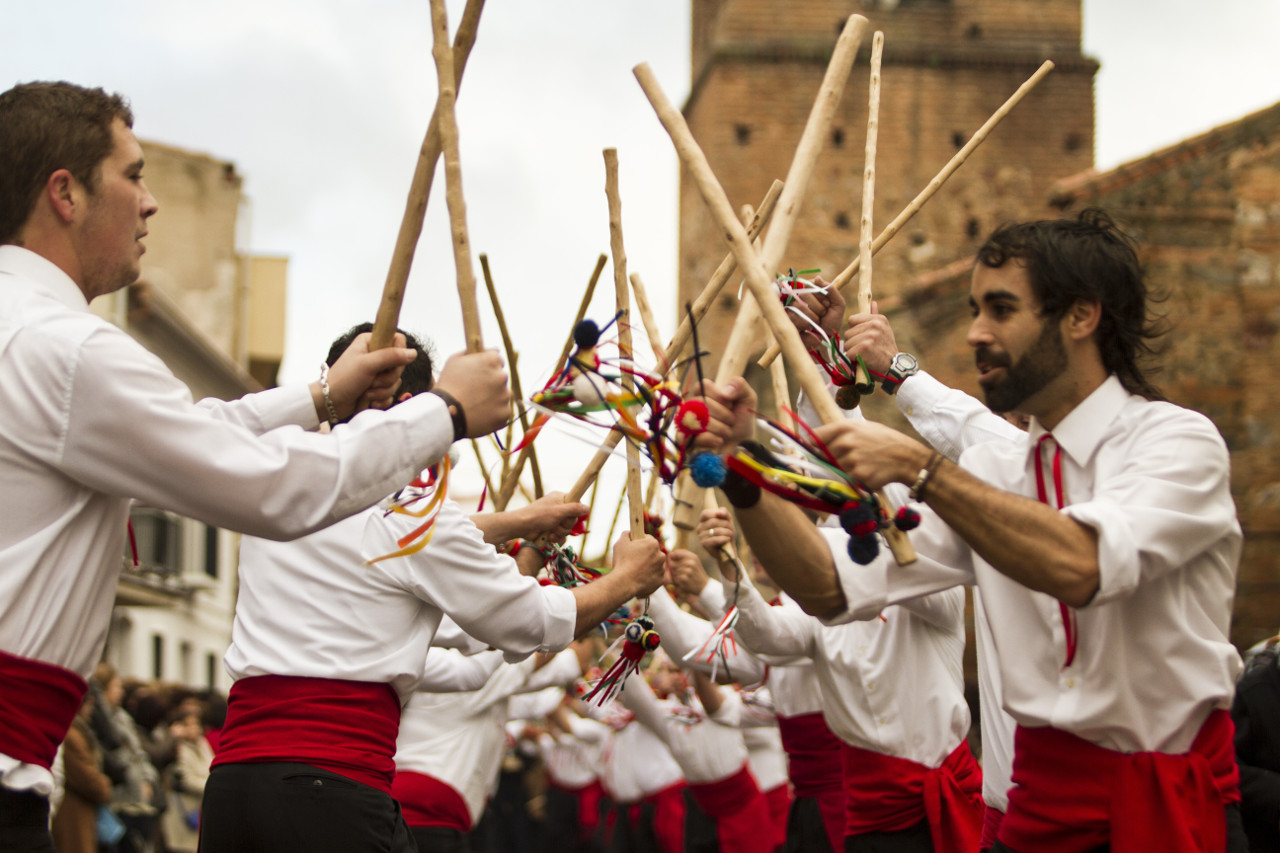 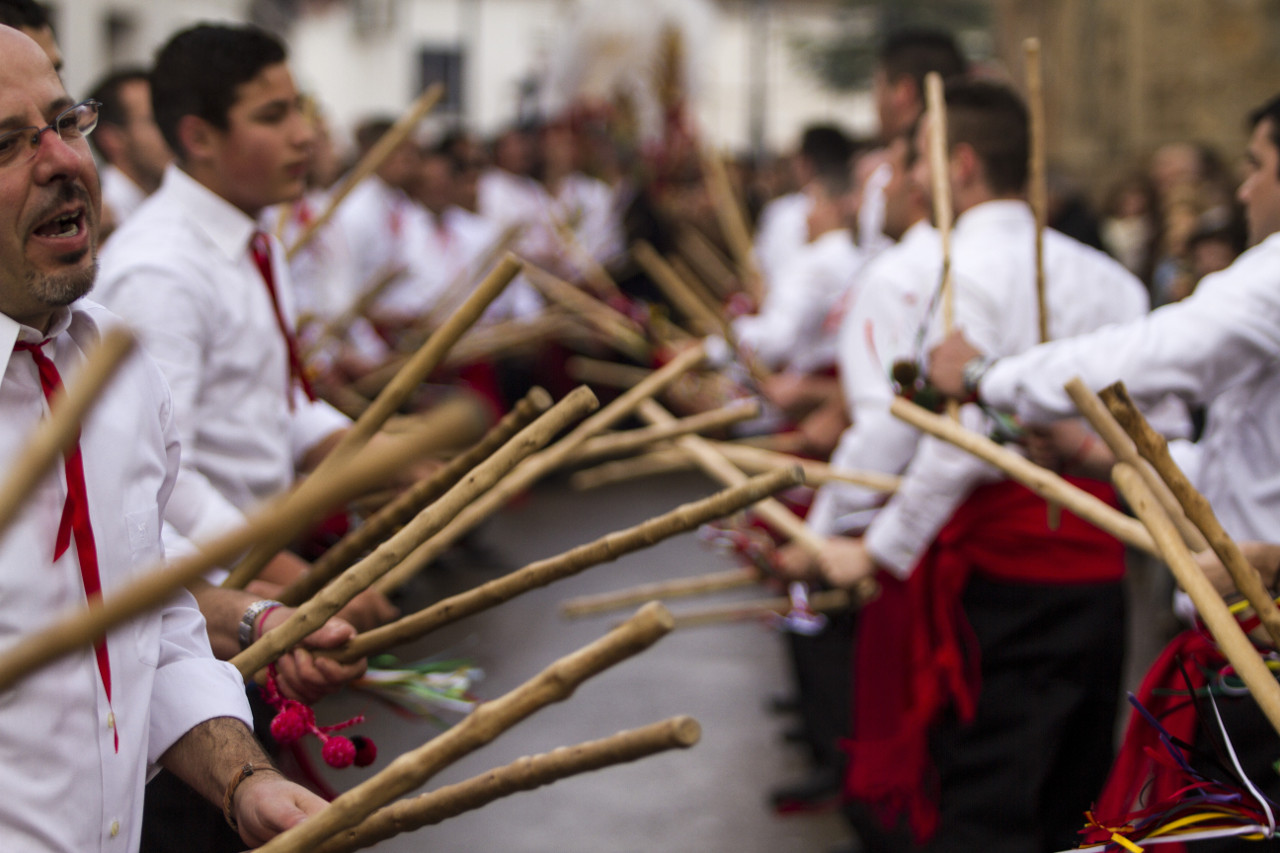 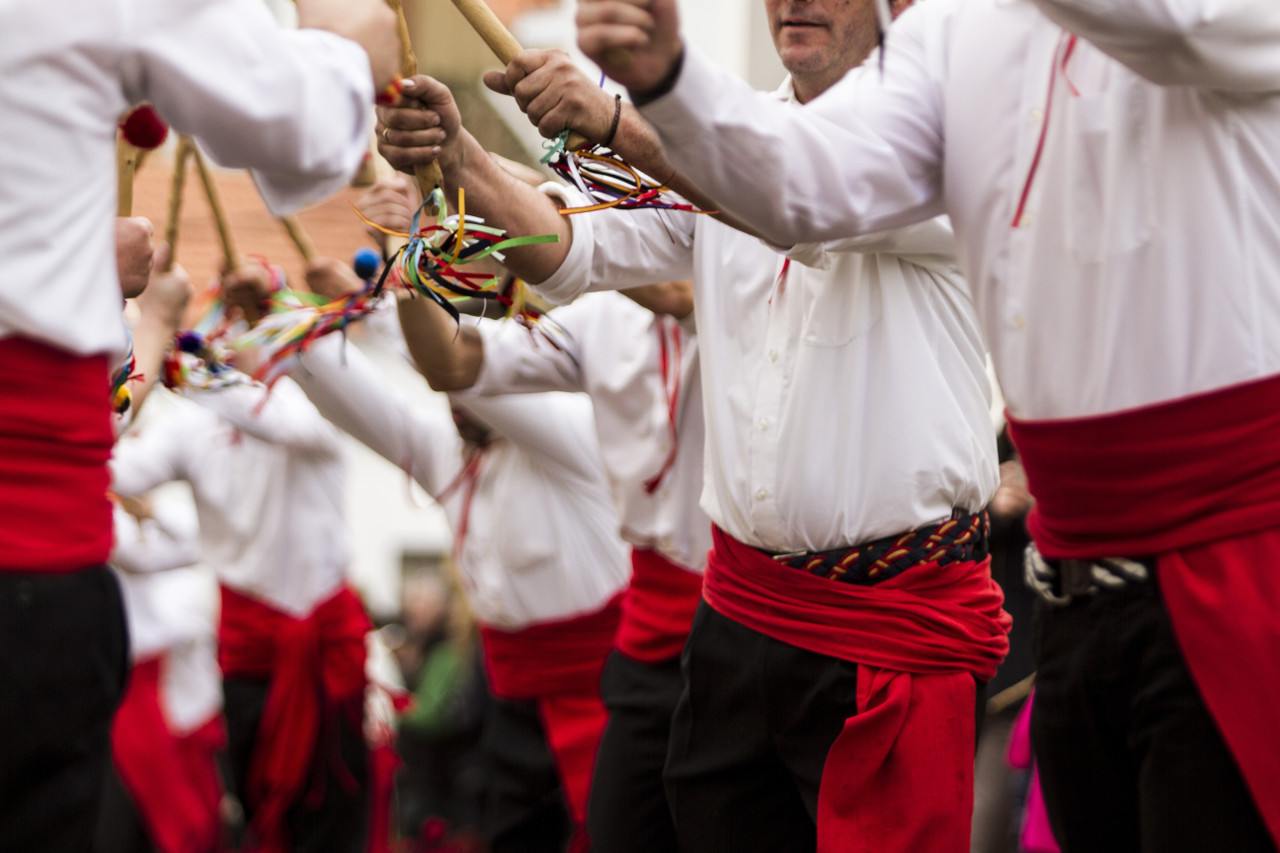