In this locality, of marked apicultural character, the following patrimonial elements stand out:

Construction of small proportions, with nave of three sections covered by vault of lunettes on arches of half a point, and cabermita of the Caridadecera dome of reduced rear end.
On one of the sides it has a small doorway with lintel vane, under the shelter arch in advance. The work, originally from the seventeenth century, presents numerous remodeling of later time, including the main facade, raised again in 1980.
It has been found in one of its walls a female sculpture of great historical-artistic value, which some archaeologists have claimed to have characteristics of Iberian art; about 60 cms. of height, it is sculpted in stone, in a shelf position (prayerful according to the shape of its arms), of naive expression and simple features in its garments, although some adornments are observed that surround the head.

It is the old parish church of Santa Catalina de Alejandría, demolished in part because the main nave was demolished in the 80s because of the serious ruin that threatened it.
The building is a work of the eighteenth century with numerous transformations of later periods. The head is quadrangular, executed in masonry, with angled stirrups and a small aedicule attached to the front. The outer body of the dome that covers it is arranged inscribed on a lower one, originating an unusual architectural structure. A tiny lantern finishes the upper body on the tiles.
The main arch has been closed on the front by a brick wall without plastering, with a half-point arch for access. The missing ship was three sections with side chapels between abutments and covered with wooden gable on pine nuts.

Inaugurated in 1986, the current parish church is dedicated to St. Catherine of Alexandria.
Of great proportions, it consists of a single ship that lodges some images of the old parish as well as reliefs in madera. En exterior façade exposes some bricks blessed by the Pope Juan Pablo. 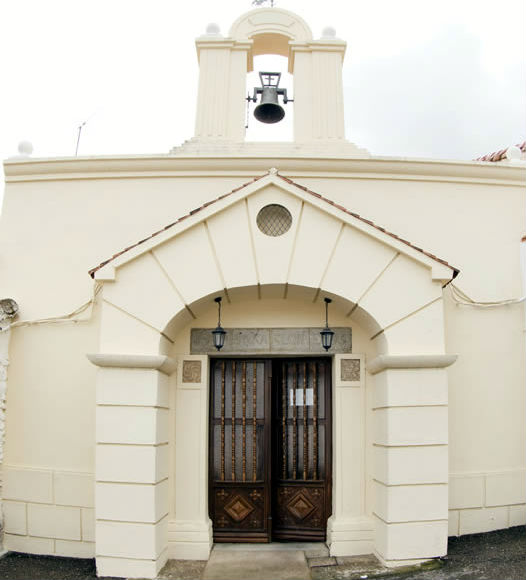 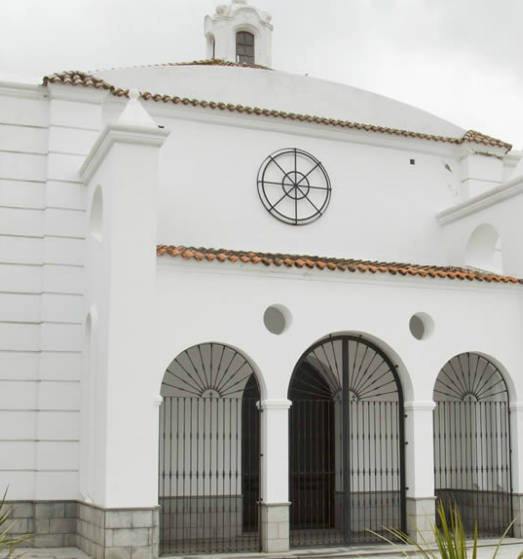 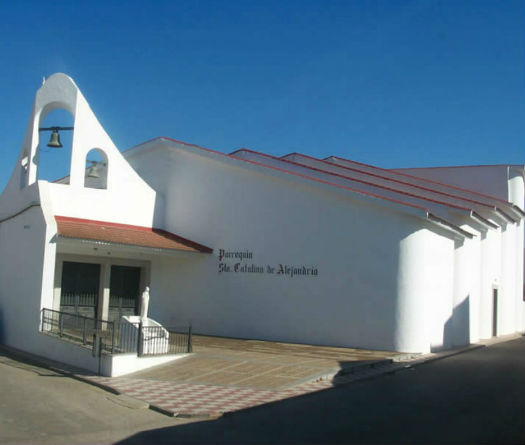