The town of Casas de Don Pedro, which stands out for its popular architecture, has the following places of interest:

The urban set of Casas de Don Pedro is based on a popular architecture that is evident in the different manors and stately homes that make up the town, with elements present in them such as grilles or noble coats of arms.

Within the town of Casas de Don Pedro, we find as outstanding sculpture the so-called "Help to the fallen" by Juan de Ávalos, built in bronze around 1960 and located at the entrance of the House of Culture "Luis Chamizo".

On the old Medieval Roll we find the religious type sculpture called "Sacred Heart", made in granite in the middle of the 20th century.

In the Plaza del Sagrado Corazón, once the religious nucleus of the town, is the church of San Pedro Apóstol , built at the end of the 14th century but subject to later modifications. Of Gothic style, it counts on a single ship with five transverse arches, generating a cover of wood finished off in greater chapel with closed dome. On the south wall of the same, we find a shield of the Duke of Béjar crowning the cover. Also, at the foot of the church we find a Mudejar style tower made of masonry.

Another outstanding example of Mudejar architecture present in Casas de Don Pedro. This hermitage, dating from the sixteenth century, houses a carving of the titular Virgin, around which the patron saint festivities are celebrated in August.

As its name suggests, an old hermitage currently in ruins, only remains of the vault and the walls.

Religious building next to the Guadiana River, on the road that goes to Talarrubias. Built after being covered by the waters of the swamp the previous hermitage that once received the same invocation. Also it receives the name of Hermitage of San Isidro, on the occasion of the pilgrimage in honor to San Isidro that is celebrated the 15 of May.

Artificial beach in the tail of the Orellana Reservoir, ideal to enjoy a good summer bath. 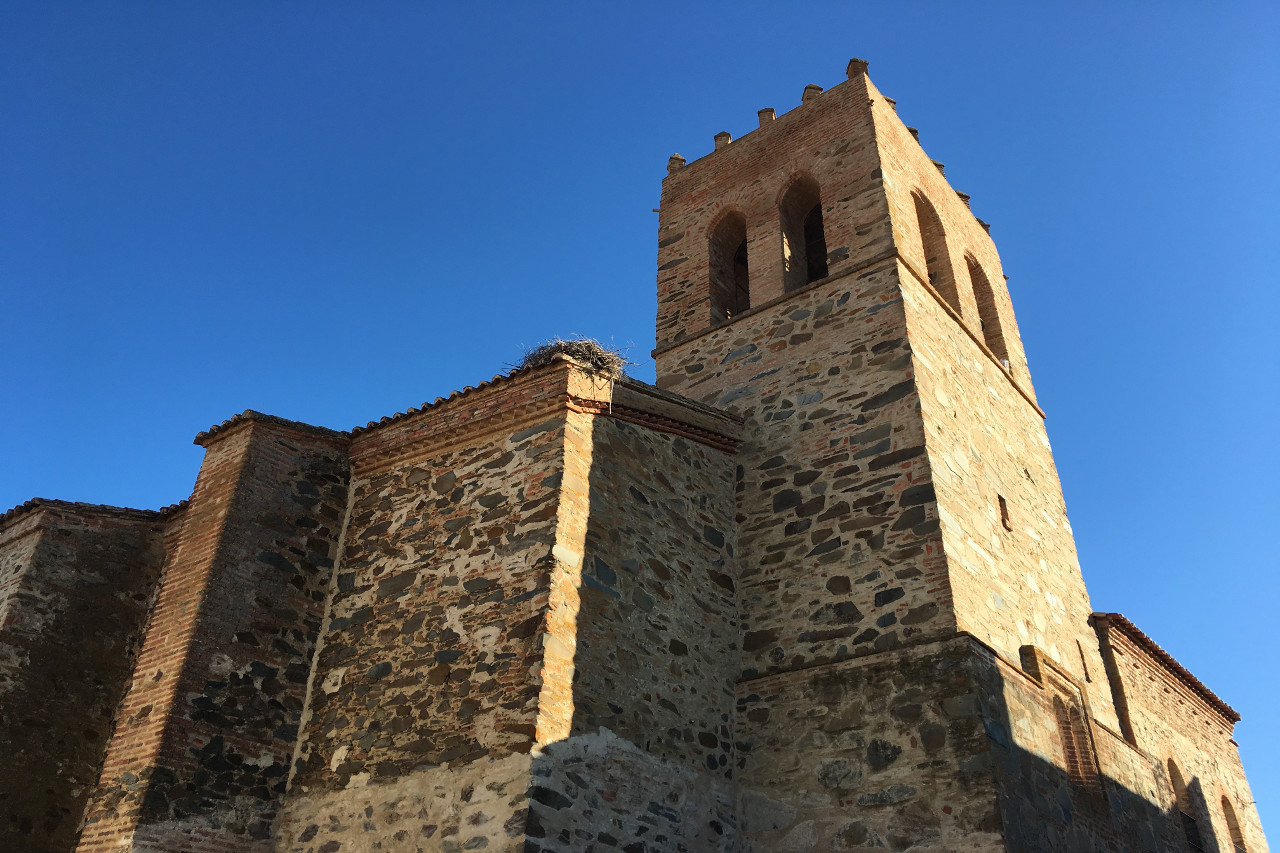 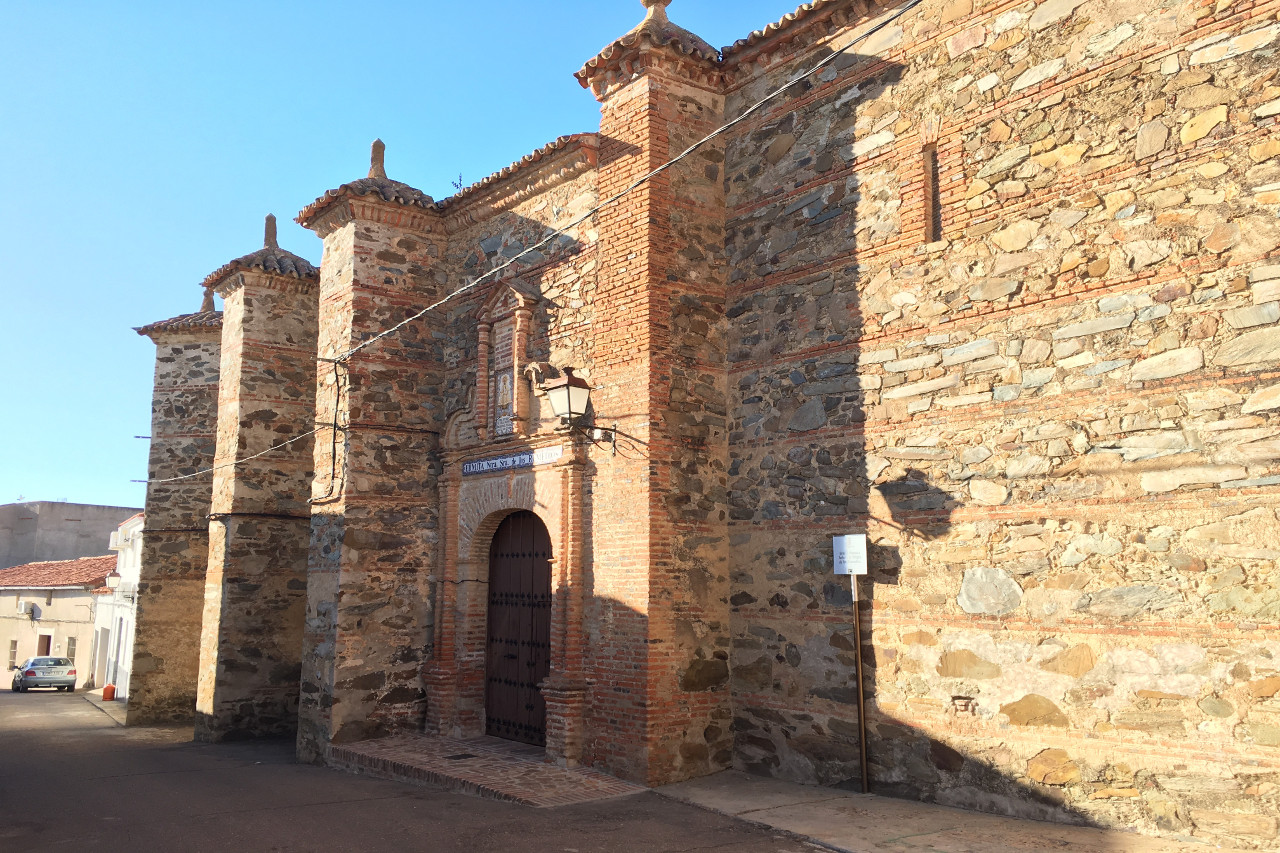 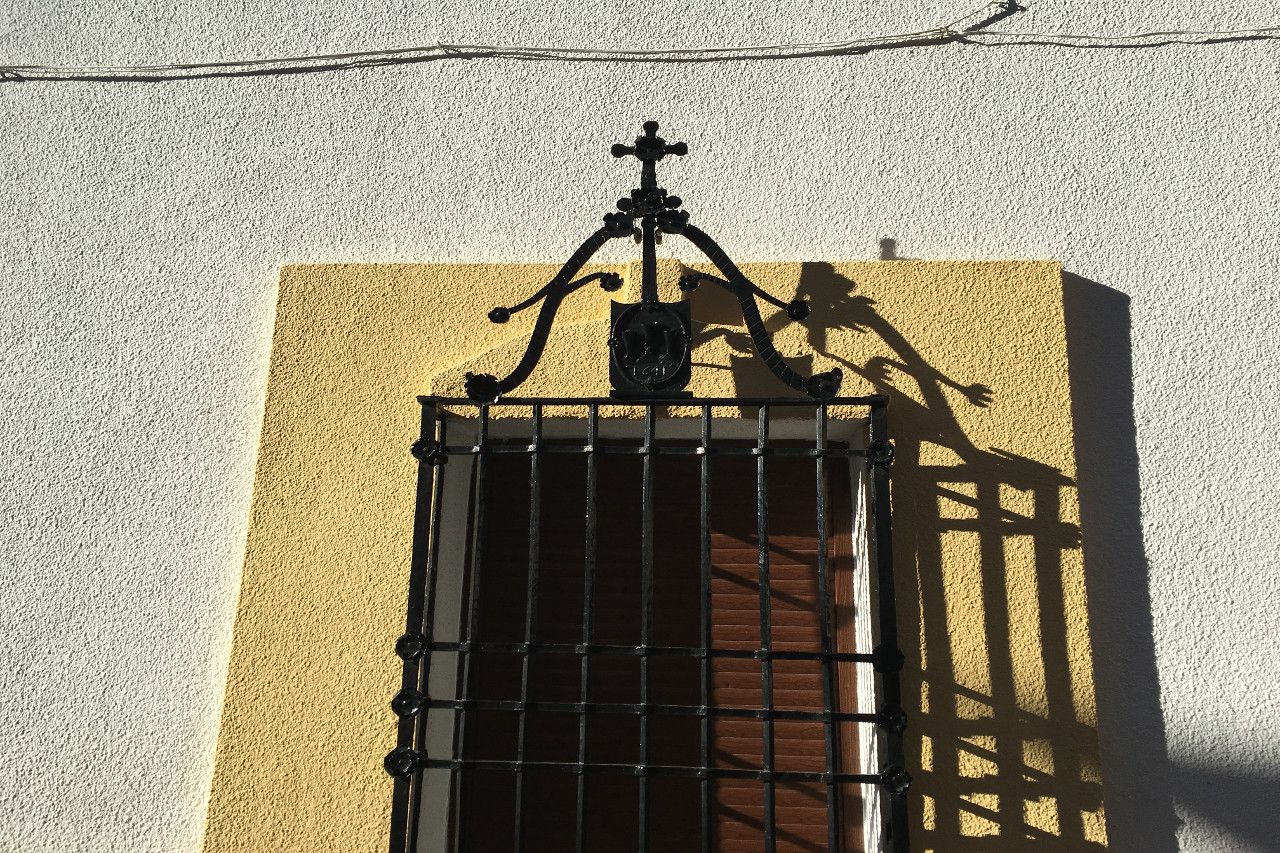 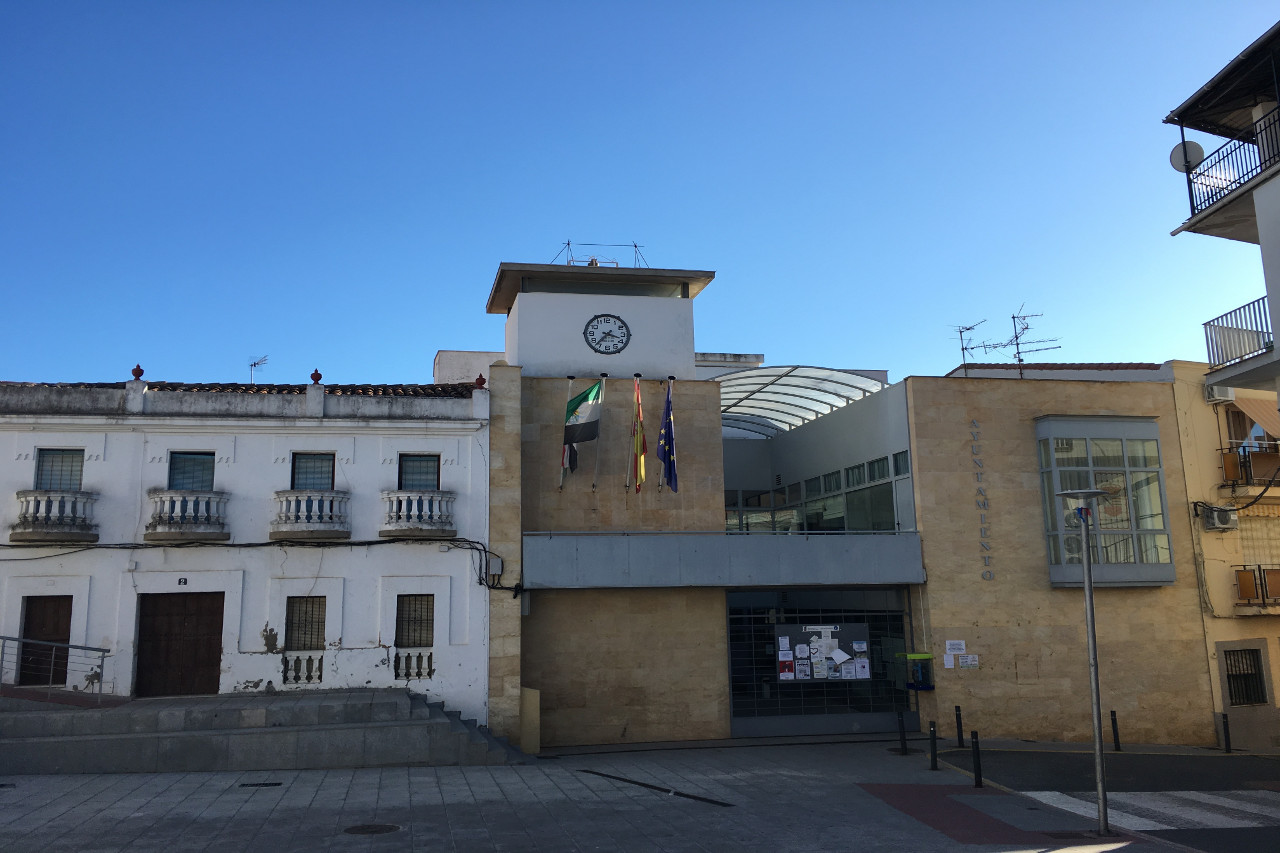