In the past, with the existence of compulsory military service or "mili", the "Quintos" were the waiters called to join the ranks every year, which also represented symbolically their passage from childhood to adulthood, allowing them to smoke and drink and earning the respect of their elders.

Maintaining this denomination of "Quintos”, and as a transition to adulthood, in Valdecaballeros the “Arco de los Quintos” is celebrated on Holy Saturday. Early in the morning, the waiters begin to cut the pines and collect the scrubland, using these elements to raise in the town square the arch that gives the name of the festival. The same is decorated with vegetables, flowers and flags of the own quintos, embroidered by hand by the women of the municipality. The placement of the flags attends a previous draw. Once the arch is built, they stand guard around it, to make sure that no one passes under it until the Sorrowful Virgin, who protects the Quintos, does so.

The Procession of the Encounter takes place, in which the image of Christ, which men accompany, follows a specific itinerary, while the image of the Virgin (carried for four Quintos) follows a different one, being accompanied during the same by women. Both itineraries converge in the square, producing the desired "encounter".

The morning after this procession, the Quintos go house by house selling the flowers and vegetables that they have used in the construction of the arch, later celebrating a meal with the money collected. 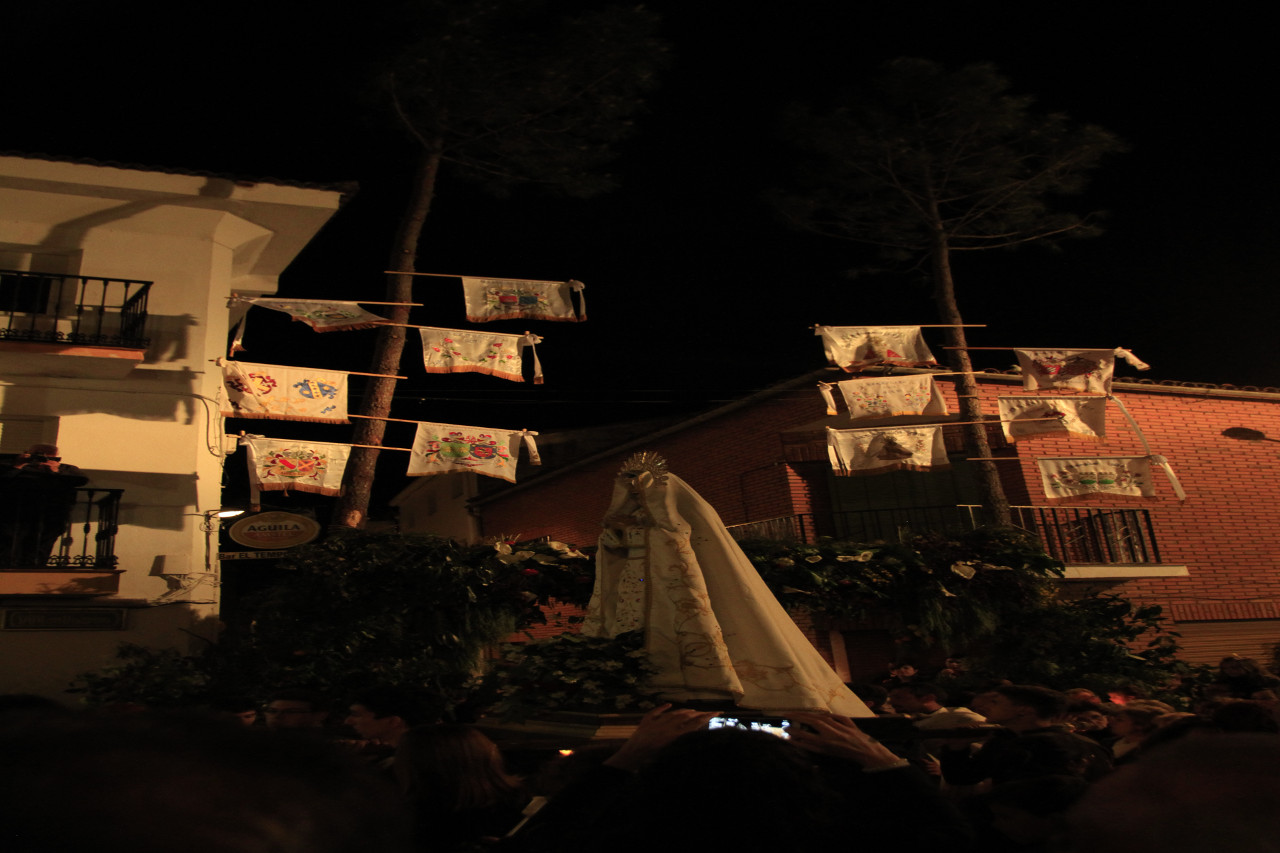 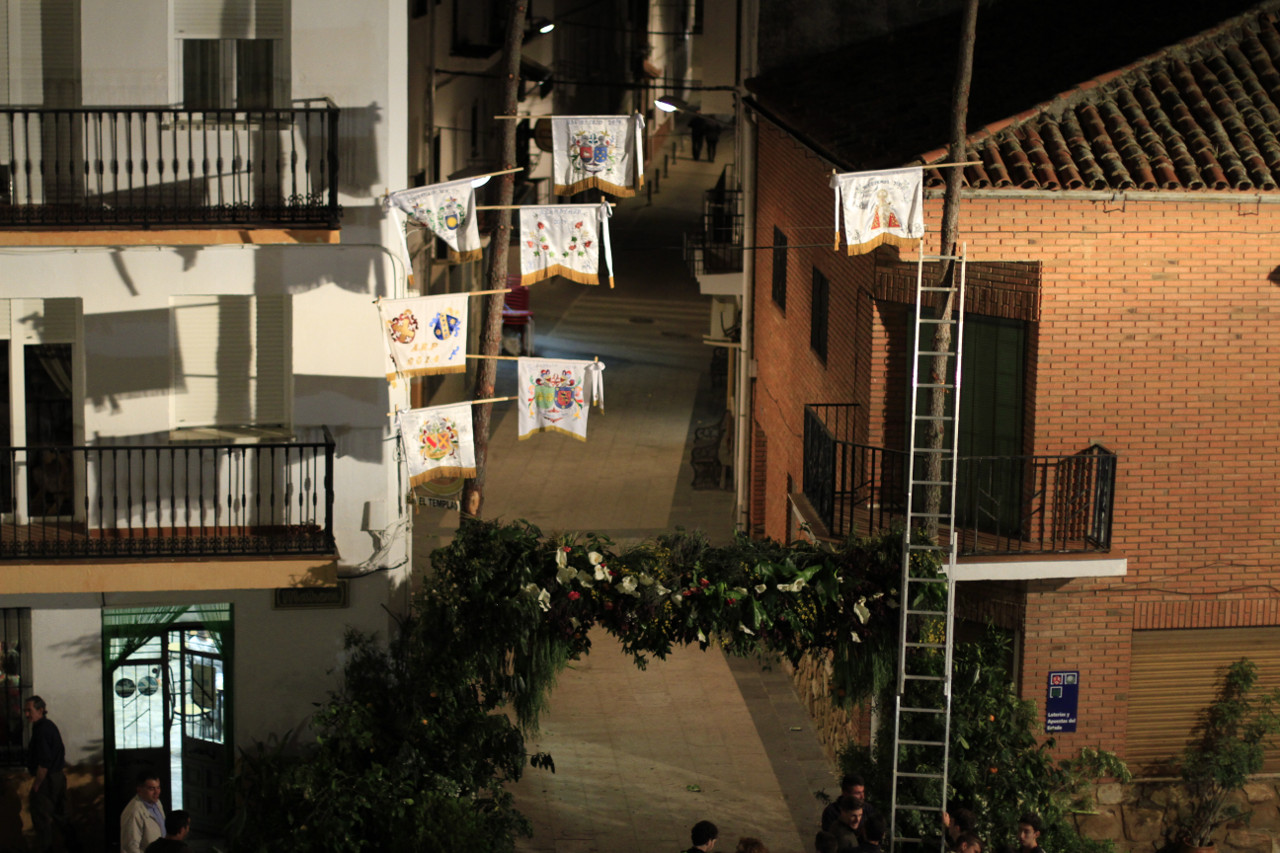 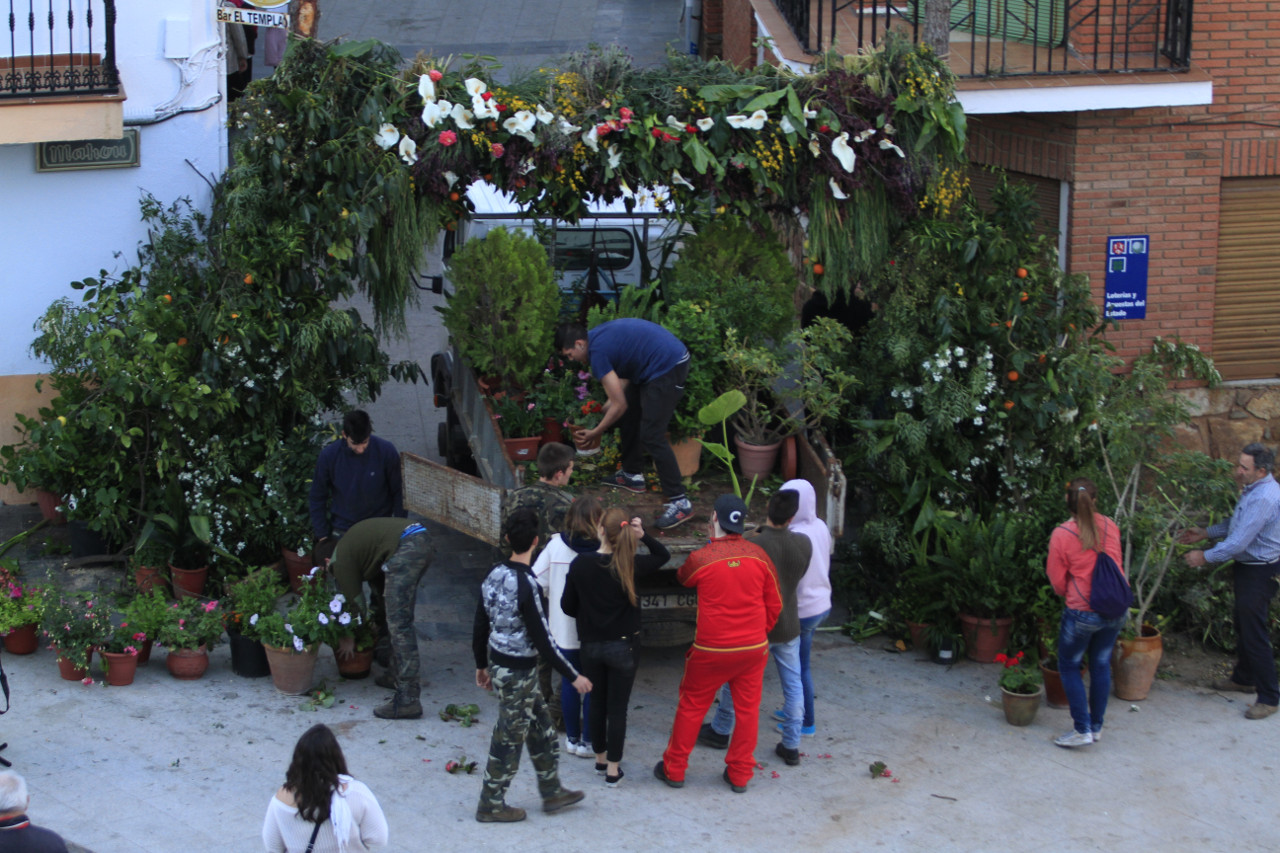